Over a period of several months, Octozone reviewed and analyised over 150 childrens' movies from the former USSR/Russia from the period 1941 to 2020. In reviewing the material, several pattern recognitions were observed of which we have explored below. However, before exploring these concepts further, it is important to provide brief historical background on the Department of Communications of the former C.C.C.P. and movie production companies involved with childrens movies. 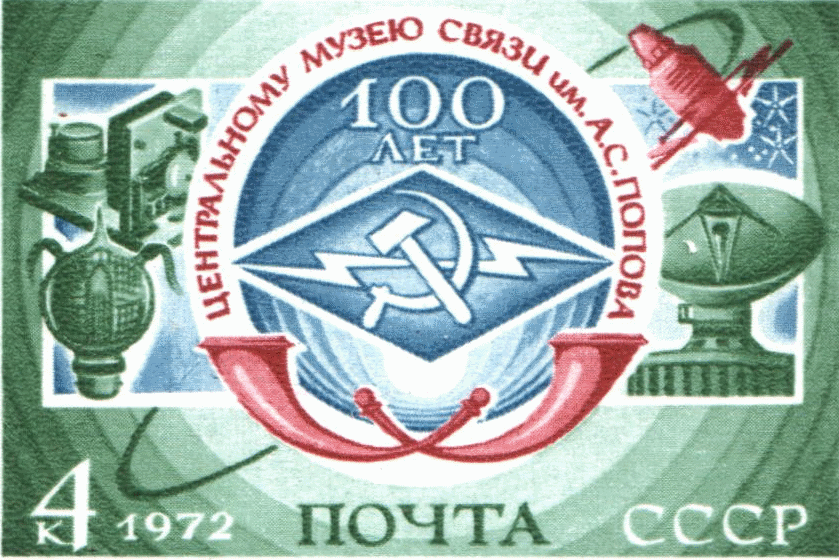 Cinema of the Soviet Union
http://en.wikipedia.org/wiki/Cinema_of_the_Soviet_Union
".......the nation's film industry, which was fully nationalized throughout most of the country's history, was guided by philosophies and laws propounded by the monopoly Soviet Communist Party which introduced a new view on the cinema.... From the outset, the leaders of this new state held that film would be the most ideal propaganda tool for the Soviet Union because of its widespread popularity among the established citizenry of the new land. Vladimir Lenin viewed film as the most important medium for educating the masses in the ways, means and successes of communism.[1] As a consequence Lenin issued the "Directives on the Film Business" on 17 January 1922, which instructed the People's Commissariat for Education to systemise the film business, registering and numbering all films shown in the Russian Soviet Federative Socialist Republic, extracting rent from all privately owned cinemas and subject them to censorship.[1] Joseph Stalin later also regarded cinema as of the prime importance...."

Cultural Policy in the Union of Soviet Socialist Republics
http://unesdoc.unesco.org/ark:/48223/pf0000001240/PDF/001240engo.pdf.multi
".......the nation's film industry, which was fully nationalized throughout most of the country's history, was guided by philosophies and laws propounded by the monopoly Soviet Communist Party which introduced a new view on the cinema..The Union of Cinema Workers receives funds from the publications issued and the lectures and concerts organized by its bureau for the dissemination of information about Soviet films........The U.S.S.R. State Cinema Committee and the corresponding committees in the Union republics control respectively the central and republic film studios (each of therepublics has its own film studio), "

Science, Medicine and the Creation of a ‘Healthy’ Soviet
http://journals.sagepub.com/doi/10.1177/0022009418820111
"....The collaboration of pedologists, educators and industry professionals, while ostensibly targeting the creation of films specifically for children, contributed to the formation of a wider consensus on the characteristics of a ‘healthy’ cinema. By 1934, Soviet pedologists’ appeals for realism, clarity and continuity had become a requirement for all Soviet filmmakers...."

During the USSR/Soviet period there was mainly 3 film studios involved in the production of children movies. Namely;

The Odesa film studio logo itself is very important to note in terms of the Yellow-Red Colour Code: 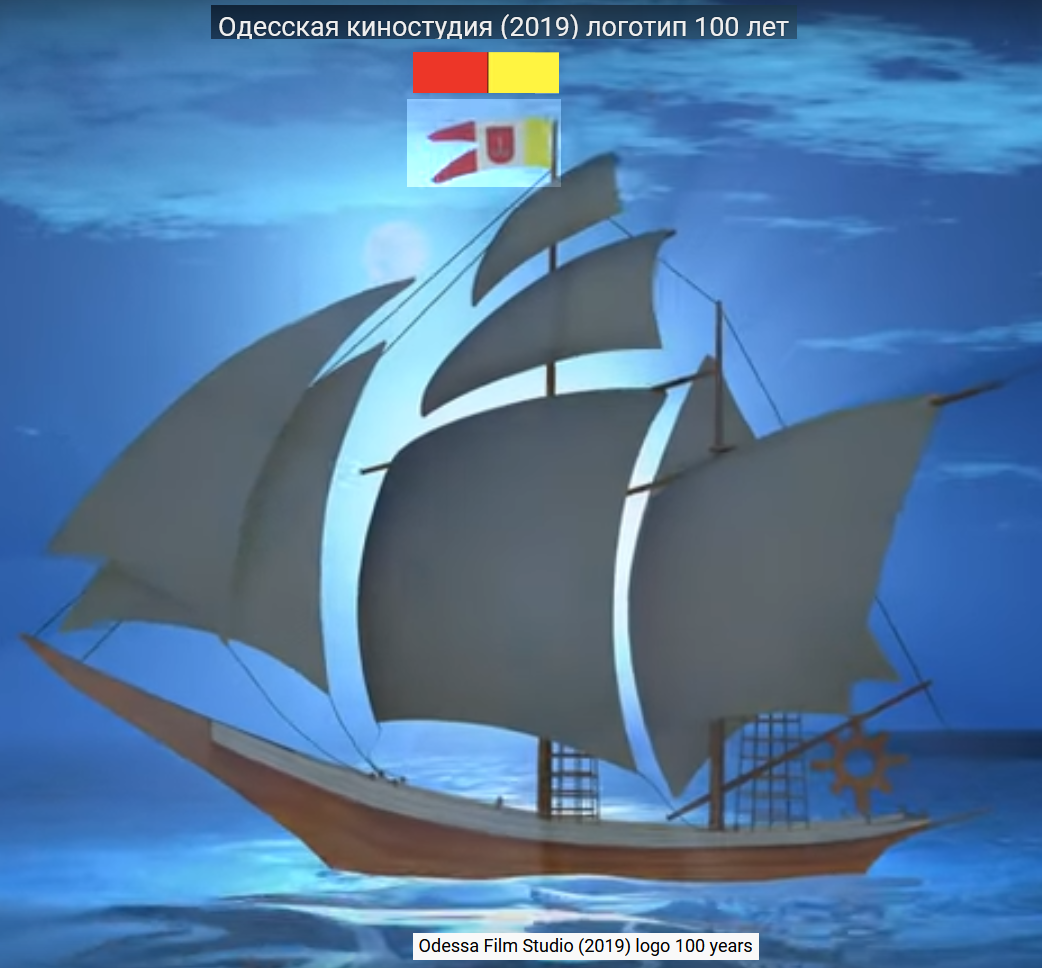 Is this maritime flag the origin of the Yellow and Red colour code?  Was this later imported into Hollywood? 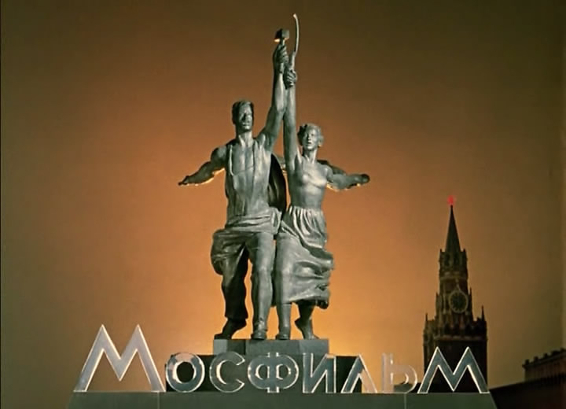 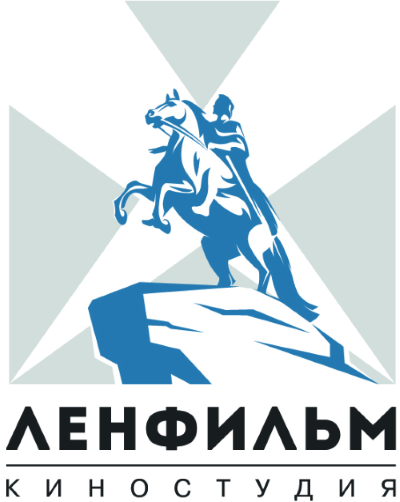 The majority of films presented in this website come from Odesa Film Studio (approx. 90%).

The output of these film studios would have been under the strict control of the C.C.C.P. Dept. of Communications. Thus they would have been well aware of the propaganda and predictive programming aspect of each movie or T.V. programme. Like its Western counterpart Hollywood, the majority of Communist films contain classic 'Octo Ring' coding and symbolism such as the Octagon, the number 8, colour codes of White/Red and Yellow/Red, etc.

- Based on our research so far, it appears the vast majority of former USSR/Soviet children movies and T.V. programme are mainly boy orientated - approxiately 98%

- The majority of these boy movies/T.V. programmes feature young boys in a state of full of partial nudity, both back and frontal.

- The main location 'scene' shots were the nudity occurs is typically at the beach, seaside, river, lake, etc.  Ships and boats (symbolism) feature most often in the movies.  We believe that Hollywood picked up on this ship symbolism and incorporated it into its movies as an Octo code.

- The majority of the boy actors in the movie plots are often parentless, homeless or 'on the run'.

- Typically the majority of the Octo signaling and symbolism will be at the very start of the movie/TV programme - usually within the first ten minutes. A good example of this is from the 2007 film called "Franz and Polina" - watch the first couple of minutes.

- As with Hollywood boyhood movies, the vast majority of boy actors in communist movies/TV have blond (yellow / blundus) hair. Approximately 98% of the boy actors have blond hair. This is in line with the symbolic Octagon colour of Yellow (Blundus).

- Unlike Hollywood which exclusively uses white Y-fronts as a signalling symbol, in communist programming the default tends to be Red briefs – underwear and swimwear, often with a white vest or t-shirt. The vast majority of communist boyhood movies will always feature boys in their briefs.

In addition to the above pattern recognitions, more specific patterns emerged during the course of our research, namely: 'Arms Behind Head' , 'One-Eyed Symbolism', 'Bruised/Black Eye Symbolism', Below have provided examples of each. In the 'Octo Ring Model' page, we have commented and referenced as to the possible origin and meaning of such symbolism.

One Eye Symbolism:
Different examples of one-eyed symbolism on boys in communist movies and TV can be viewed here:
http://www.octozone.is/cccp/one_eye_communist.html

Bruised/Black Eye Symbolism:
Different examples of this can be reviewed here:
http://www.octozone.is/cccp/bruised_eye_communist.html

Initially our research focused mainly on children's movies and TV of communist Russia, but further brief analysis of other (ex) communist countries (such as the DDR/GDR, Poland, Czechoslovakia, etc) exactly the same pattern recognitions are observed as with Russian movies & TV. Thus, this suggests there may have been a ‘Blue Print’ in place for roll out in each communist country.

In comparison to Hollywood, communist boyhood movies and TV is much more explicit in terms of nudity and inference to the point of it being arrogantly blatant. Whereas in Hollywood, full nudity is a rare occurrence and the coding/signalling more discreet. Other than that, the symbolism and signals used by Hollywood and communist film and TV makers is almost the same with only a few small differences. For example, prolonged close-up facial shots.

Moreover, Octozone suggest that Hollywood ‘borrowed’ various parts of the Soviet Union codes and symbols in children's movies for use in their own productions, particularly the colour codes of Red/White and Yellow/Red. Or is it that Hollywood is indeed a communist organisation that did not need to borrow the PPP codes but merely continued its use of them par the ‘Blue Print’?

The information presented here should only be seen as a starting point as more research is required. Ultimately this could take years as the task is vast. But the provisional results thus far provide the basis for further exploration. It is our full expectation that the pattern recognitions mapped so far will be further augmented with additional research.

The emergence of this research pulls together several missing historical elements linked to current day Hollywood ‘Octo Ring’. For example, the movie production company AMBLIN adopted symbols, colours and codes from Soviet movies and incorporated them into their films with their own slant or adaptation of them.

This research is to the best of our knowledge a first of its kind. Never before has children’s communist movies and TV programming being put under the spot light in such a way. The implications of our research could potentially have profound effects on the history of communist cinema and the students that study it.

We thank you for taking the time to review our research and recommend you now proceed to reviewing the many movies and TV programmes which demonstrate the above hypothesis.