The length of the T.A.P.E. Cycle can vary greatly from film to film. It can last from anywhere between 10 seconds to 10 minutes, to 45 minutes. It all depends on how the codes are applied, the context, the story, etc. Trauma scenes generally happen at the start of a movie or TV programme, but there can be several throughout. By having it at the start of a film, the viewers' mind is put in 'mode' to accept the incoming programme.  But sometimes the trauma scene may not precede the 'Activator Key' symbology. It may go straight to ACTIVATOR  > PROGRAMME > EXIT  (APE) and continue in that  'APE Loop' for some time. The above formula is particularly effective if the viewer has been watching Hollywood 'Octo Ring' movies from a young age as the likehood is they have been subjected to much 'Octo Ring' programming already. It is only by understanding the above process and codes that one can begin to 'deprogramme' and block future programme uploads. Let's look at a couple of examples:

In the 1989 film 'The Clownhouse', within a couple of minutes the viewer is confronted with a trauma scene which heralds the start of the T.A.P.E. cycle.

Between 3:29 and  5:48 a number of Programme uploads are embedded, and this for example, is one of them:

In the final scene of this particular T.A.P.E. cycle, the boy is sitting on the end of his bed and is very troubled.The 'Exit Key' is presented to close off the programme. A more detailed breakdown of this film is provided here: [ Clownhouse ]

In the 1985 Walt Disney movie 'The Blue Yonder', there is a sequence that clearly shows the 'APE Loop' in practice. Note the way the sequence in the movie toggles between Boy-Man-Boy-Man-Boy-Man (play the brief slideshow below to view). This goes on for minutes. At the start they use an 'Activator Key' (with codes) to start the programme upload and finish with an 'Exit Key'. There is only one 'trauma' scene in the film - towards the end - when the boys' grandfather dies.

Activator and Exit Keys can take any shape or form you can possibly imagine. By training your eyes over time, you will become proficient in spotting them. Any 'trauma' scene is generally your signal that an 'Activator' key is about to enter the frame.  In the 2002 movie 'Minority Report', actor Tom Cruise can be seen in this frame throwing a cereal box accurately in the direction of the what looks like an 'empty' wine bottle holder. This is however stylised figures of the number '8' which act as an 'Activator Key' which then leads into a series of programme uploads. [ Review here ]

In the 'Octo Ring' Film and Media pages, many examples of T.A.P.E. Cycles / APE Loops are provided. The begining and ending points of such cycles have not been explicitly marked or highlighted for you. This is help you train your eyes better and faster. However, codes are absolutely provided where required.

The wider concept of  'Keys' in religion and media is briefly expanded upon below: 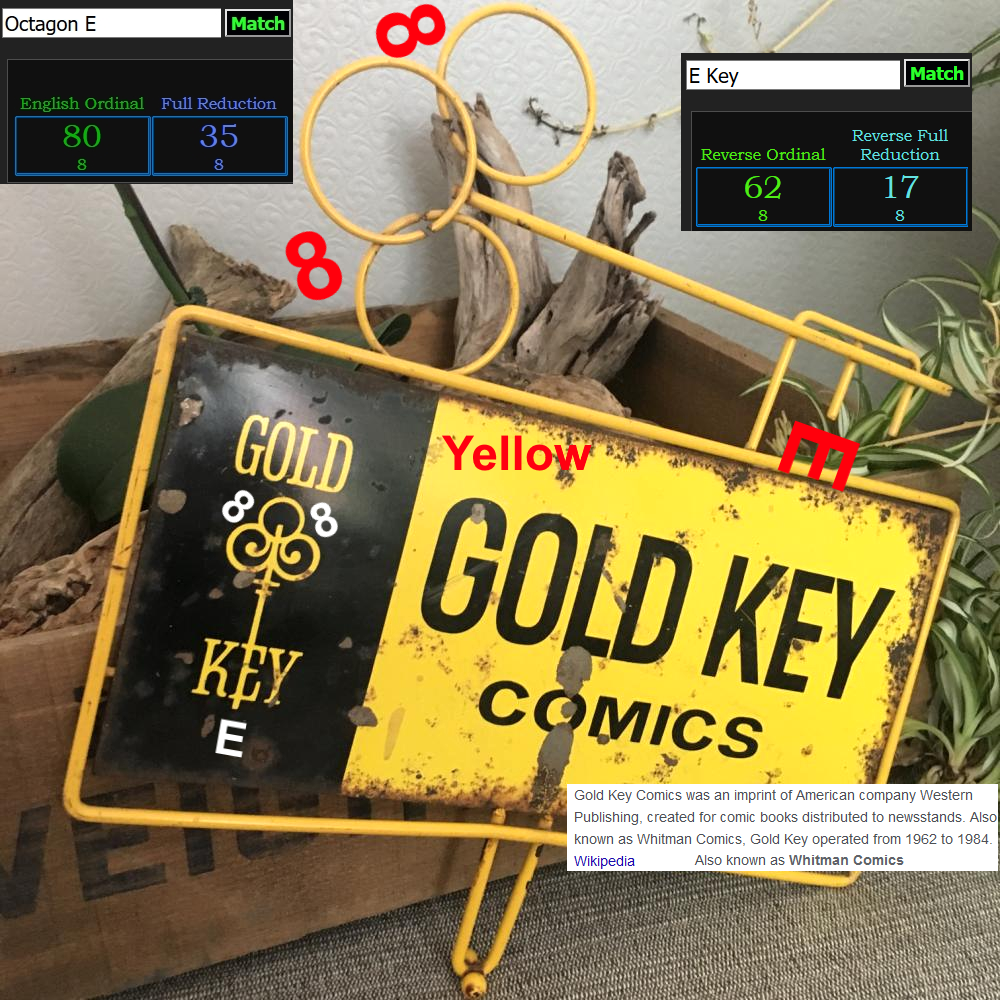 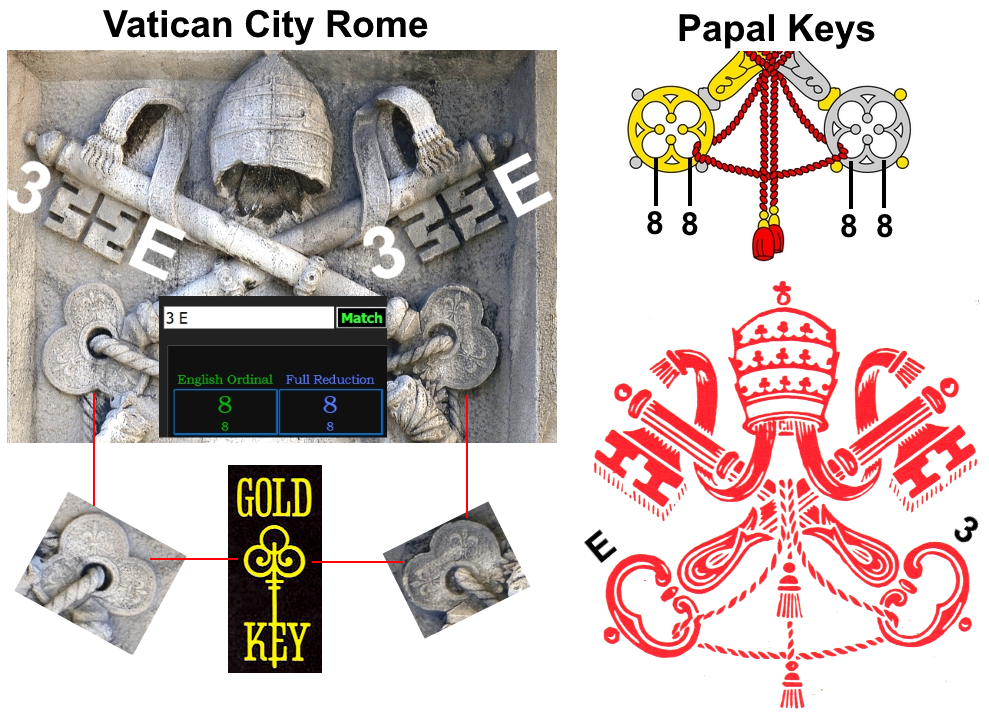 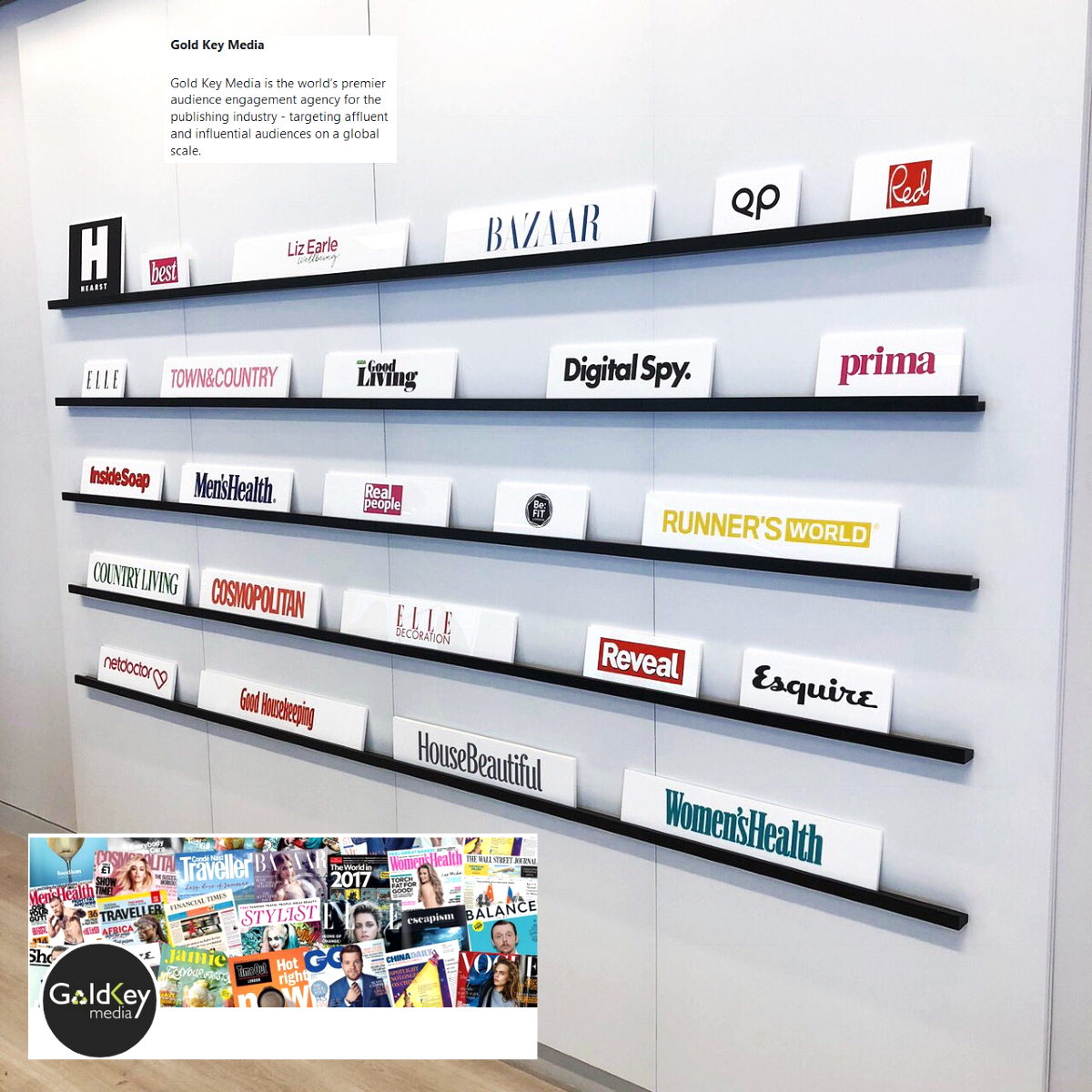 In the movie Masters of the Universe a device called the "Cosmic Key" is used. It can open a portal to any location and any time. It is octagonal. In the frame below, this is the door into the building where the "Cosmic Key" is stored and used. Note the Octagons on the door. Note the Key to access it.

In Spielberg 'Ready Player One'  towards the end of the film the boy has nearly reached the final destination.  He is presented with a portal which must be unlocked. He must enter the key into the right Octagon.  Again, we see more representation of Octagons and Keys.

Further exploration of Key symbolism can be viewed here: Link

How Tape is made? 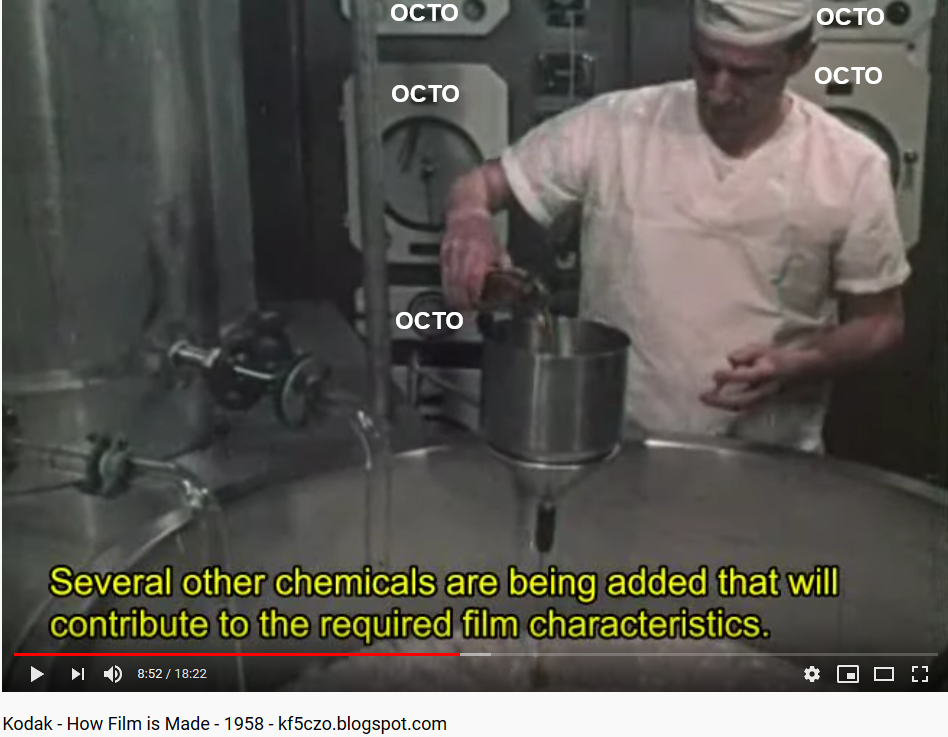 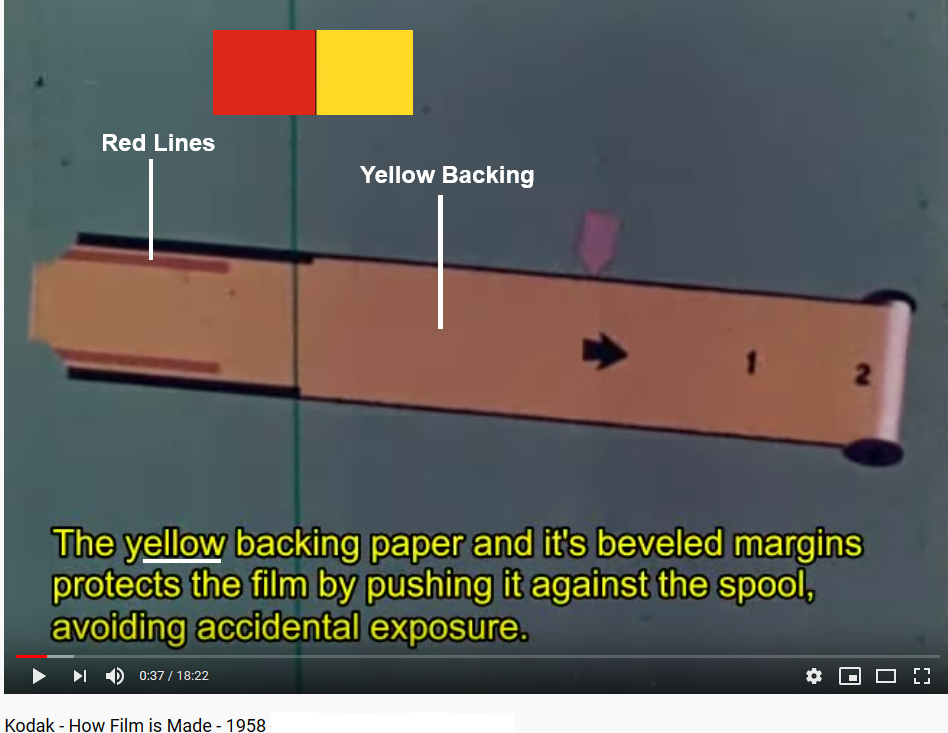 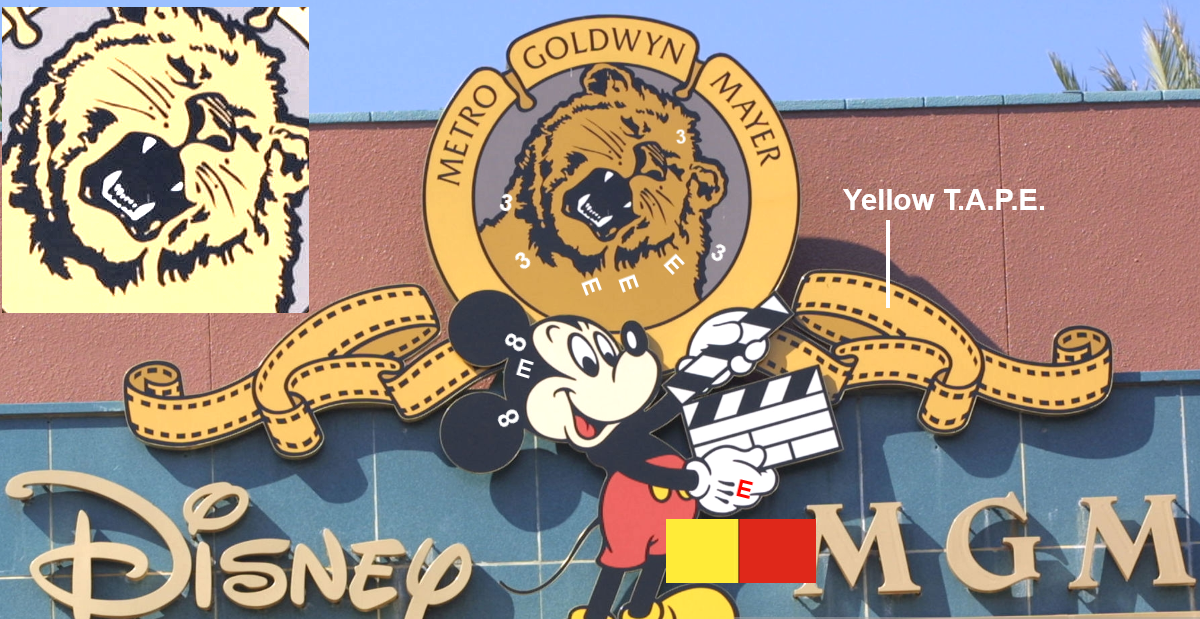 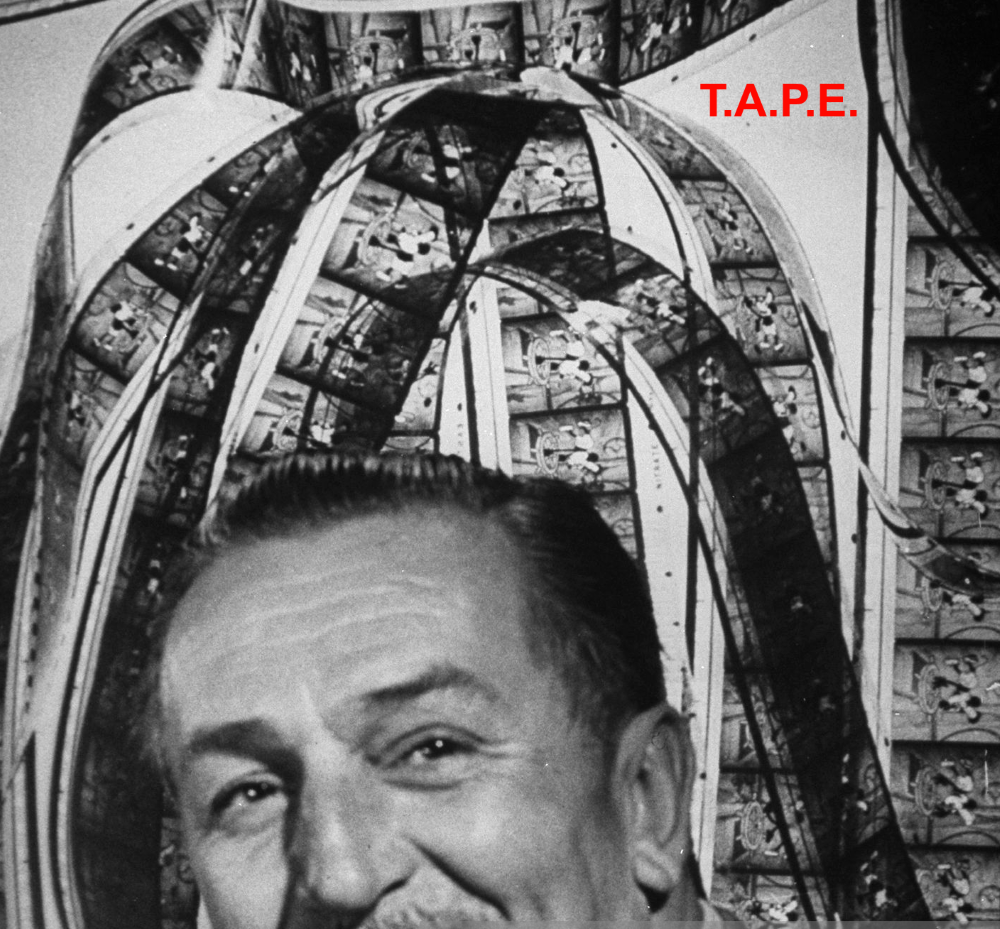 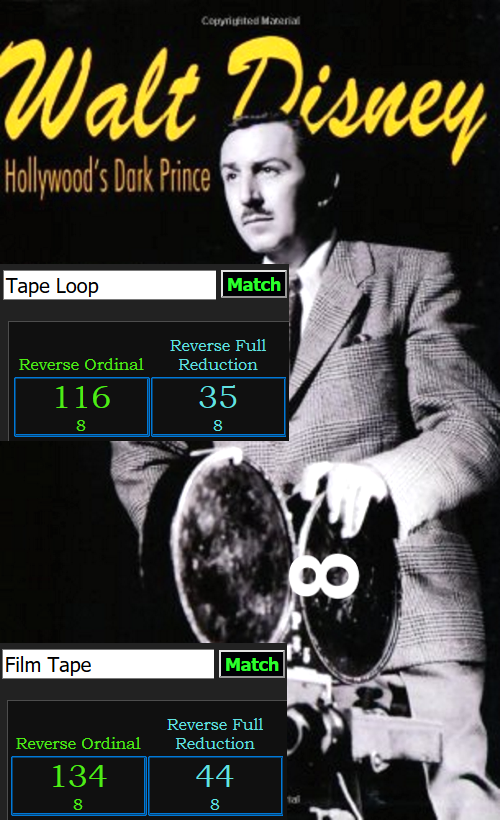