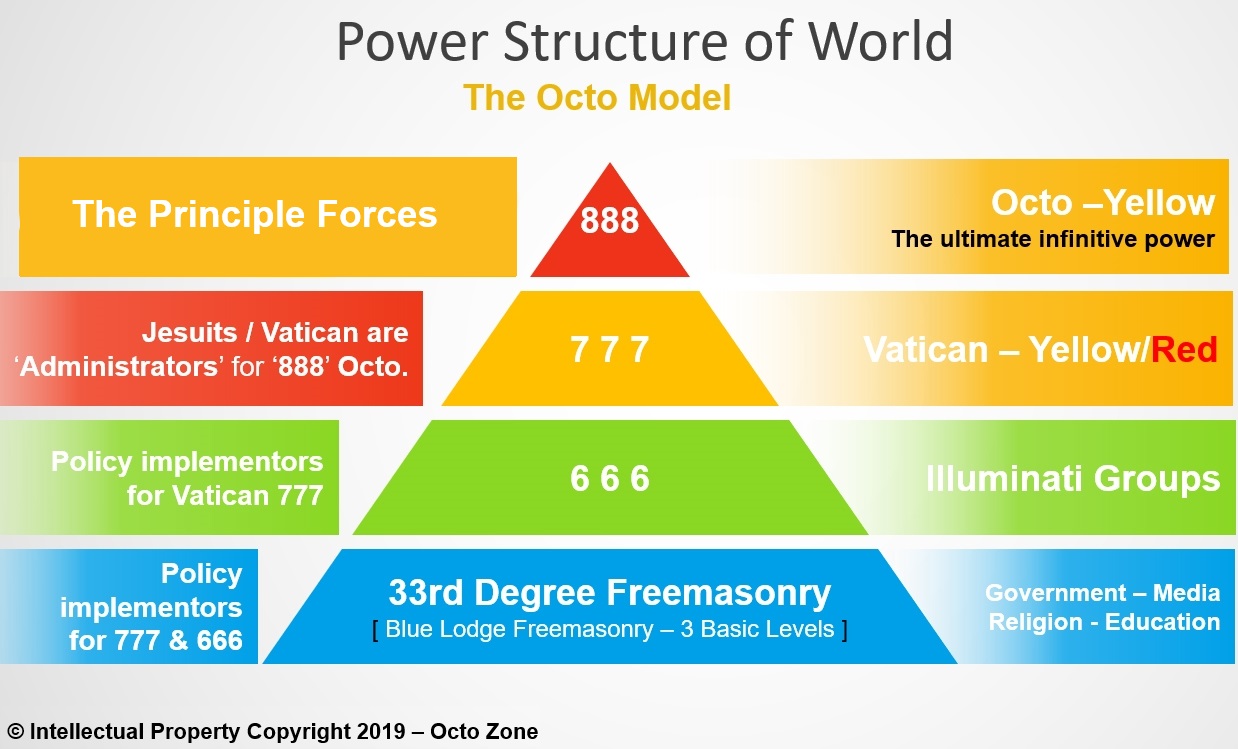 888 - It is the hypothesis of Octozone that there exists an Extra-Terrestrial Biological Entity on planet ['Plan ET'] earth called 'Octagon' which is controlling its destiny towards a pre-defined conclusion. The 'Octo System' is the highest form of power in the world and controls affairs through its 'Administrators' using a pyramid power structure - as demonstrated above. This entity uses the Octagon symbol, the colour Yellow, and the number 8 as it representation on earth.

777 - The Vatican and the Jesuits et al are the major policy administrators for 'Octagon'. They implement their agenda through government, religions, education, and media organisations. They use the Octagon symbol, colours Red & Yellow and the number 7.

666 - These Illuminati organisations are established by the Vatican to control world affairs through the military industrial complex, banking systems and occult sciences.

Freemasonry - These are the foot soldiers on the ground working within the various state organisations, financial sectors, religious groups and so on.